Microprocessor and Microcontrollers(MP) is just three days away, and yet I go to this alumni reunion of my school, well I had to just because Iâ€™m onto its OC. So whatâ€™s the big deal with Mp? Umm.. nothing much, just that its a core electronics subject which had more than 30 chips (not wafer chips…those computer processing chips my friend) and expects the student to know them in and out for him to build up an intelligent device. An intelligent device is one that performs its stipulated function and responds to any external interrupts that are high on priority. 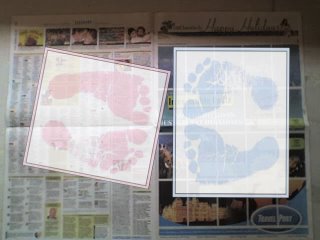 I started pretty late for the event with my guilt eating half of me and the other half being eaten by my apprehension over the crowd turnout. Well, both my halves were eaten up successfully as the guilt peaked looking at the mediocre crowd turnout. To top it all, the a/cs went out for some reason and folks started cribbing. Most of them preferred staying out of the banquet as it was cooler. The guilto meter(GM) alarm blew.

One of the OCs intervened the “Even-I’m -the-bollywood-badshah” DJ ,who dint have the courtesy to accept the crowd’s response while turning the tables, and announce the start of the most sought after game on the party: “PAPER DANCE”.

All the wannabe kids let out a roar (believe me none of these roaring ‘lions’ came down to play).
This cousin of a close friend of mine came up and dragged “cute-looking” Sid who was chatting with me. Some time later she came back and tried to drag me for a friend of hers… but hey girlie me ain’t as light as your partner. I went away as my guilt-o-meter had reached almost fsd (full scale deflection) and on top of it I was supposedly the organizer: naah I cant really play eh. 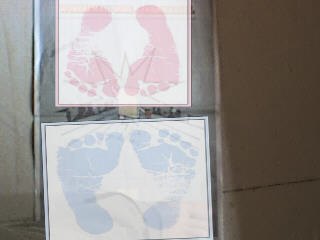 Finally she managed to convince me and to my WXYZ-ment the girl knew me already (guess I was popular in school). So here begins the plot:

We are supposed to dance on a piece of a broadsheet daily which folds every time the music stops and yeah its my first time on the game.

Partner(P): You know to dance na?
BL: (to himself:) WTF…. (to her:) Well I donâ€™t think you need to dance in this game, do you?
P: (giggles)
BL: So what do you do?
P: Me? A li’ll bit of salsa…
BL: err, I meant in life…in general?
P: Oh! Iâ€™m in the third year and Iâ€™m preparing for my MBA. What about you?
BL: Well Iâ€™m doing my engineering in Electronics.
P: Engineering! I thought so.
BL: Great (Wonders what made her think like that…to his rescue the music begins)
P: Hey make sure you are on the paper .. I donâ€™t want to lose the game.

The music stops and its time for the first fold:
The situation is manageable. BL is not concentrating on the game thanks to status of GM. Suddenly something strikes: Man, I dint ask the girl if she was comfy dancing with me!(like I do every time)=> GM almost at FSD.

Music stops again. BL wonders how to manage on a quarter of the broadsheet.
Suddenly it strikes: Hey it was she who wanted to dance with me… so she might be comfy.
Guilt reduces. GM pointer turns to the left. Confidence is back. GM pointer reduces again.

BL :Ill stand on the paper you keep you right foot between mine and the left foot on my foot.
P: Does some movements.
BL: Nah your right foot between mine not your left.
P: Hey thatâ€™s my right foot only.
BL: Holy Christ! This is your left foot.
P: Does engineering does this to you. THIS IS MY RIGHT FOOT!
BL: Umm.. err.. yeah actually. so dumb of me. thatâ€™s your foot to MY RIGHT ..hehe (BL feels like a moron…GM reading rises.)

The round goes amazing and BL is on a high. Now its half of the quarter! Only BL can stand barely fitting on the paper.
BL: Well, what do we do?
P: Lets stand each on one foot and hold your partners other leg to balance.

BL tries and succeeds in failing. Looks at Sid who had his partner in his arms several feet above the ground. Looks at P. Thinks. Thinks again. Chucks the idea due to his sprained biceps. 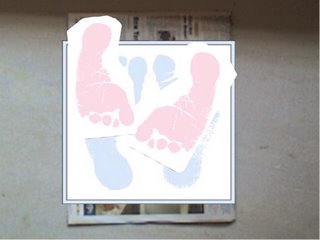 P insists on her idea but then BL doesnâ€™t like failing again and moreover that style put BL in an awkward position.

BL gets innovative and asks P to get on his back (Vikram Betaal style) but sadly BL finds that the dimensions of his feet are such that they dont fit on the paper.
BL and P walk out patting each other :”Hey it was a nice game!”

Now that I have The guilt-o-meter (GM) At Null deflection I have written about it calm and cool.
Scrolling up I feel guilty again for writing so much for you to read (Gm pointer moving to the right….BL clicks “publish” before FSD)